Old Edo's history and culture for your enjoyment

At the top of a giant red escalator starting from a windswept plateau under what looks like a gargantuan robot is the entrance to the permanent exhibition of the Edo Tokyo Museum. Once inside you are greeted by a full scale replica of Nihonbashi from the mid-19th century. Contrary to the entrance route, it’s this bridge that sets the tone of the museum; a delightful and informative mix of scale reproductions and original artefacts that give us an idea of life in the great city of Edo between the early 17th and late 19th centuries.

The 6th floor, on which the permanent exhibition begins, takes us through a history of the expansion of Edo. There are three fascinating models to look at which, when considered alongside the illuminated map near them, give useful background information against which to explore the rest of the museum. The inequalities of the feudal system start to become clear when comparing the models; they are built to the same scale, demonstrating that into one room of Edo’s castle you could have put around four houses belonging to the townspeople. Incidentally, the section of the Edo castle represented here shows the pine corridor where the fabled attack that led to the events immortalised as Chūshingura and 47 Ronin is supposed to have taken place. You can check out the ruins of the Edo castle for real in the Imperial Palace East Gardens.

Head down the escalators to the 5th floor for a wealth of information on everyday life in Edo. This floor takes us through social needs, to business, to pleasure. It is interesting to see how new areas of the city began to be built up: a major concern was the prevention of fire which, given the wooden construction of the majority of buildings, was often no small task. Have a go a twirling the firefighting unit’s standard. At 15kg it’s not an easy task! Also in this section we can see sections of Edo period drainage systems and the setup of communal wells, rubbish areas and toilets. There is a great sense of shared responsibility for sanitation and cleanliness, something that is still very much in evidence in today’s Tokyo.

The business section looks at demand and supply and houses some more beautiful scale models. We can see a freight ship that brought goods from Osaka, “the nation’s supplier” to Edo, “the capital of consumption”. There is also a reconstruction of the first Matsuzakaya, now a chain of huge department stores. The shop represented here marks the beginning of the move towards modern-day shopping behaviour of customers visiting merchants as opposed to vice versa, and paying for goods at the time of purchase rather than having an account and settling up annually.

The most visually stunning section of the museum is the pleasure section. This is centred round a full-scale reproduction of the Nakamura Kabuki Theatre and contains information on arts and entertainment in Edo. Towering above the front of the theatre is a rainbow-coloured float from the Kanda Shrine. This is a great place to sit and have a break while enjoying the hustle and bustle of the museum around you.

Allow at least two hours for a trip to the Edo Tokyo Museum, longer if you want to carry on into the Tokyo Zone, which focuses on life in Tokyo from the 1850s onwards. There are also various special exhibitions, some of which have an extra fee. Free audio guides are available for the permanent exhibition or, better still, you can have a museum volunteer take you round and give you great personal insight into the collection. There are usually guides who speak English, French, German and Mandarin although at busy times you may have to wait a while for someone to become available.

While you’re in the area, have a look at the sumo stadium next to the museum. If there’s a basho (sumo tournament) on, get tickets and go to see some matches. Having learned all about Edo townspeople and public entertainment at the Edo Tokyo Museum grab a beer and a bento box and go and do it for real!

Tokyo = sensory overload of the most fantastic kind. I love discovering new bits of this fascinating and sometimes bewildering city. Let's get exploring! 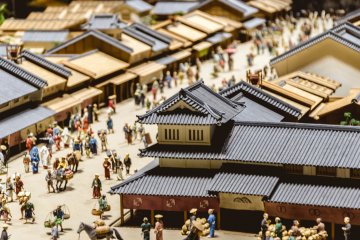 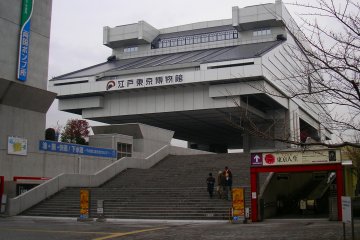 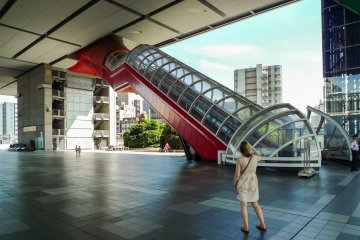