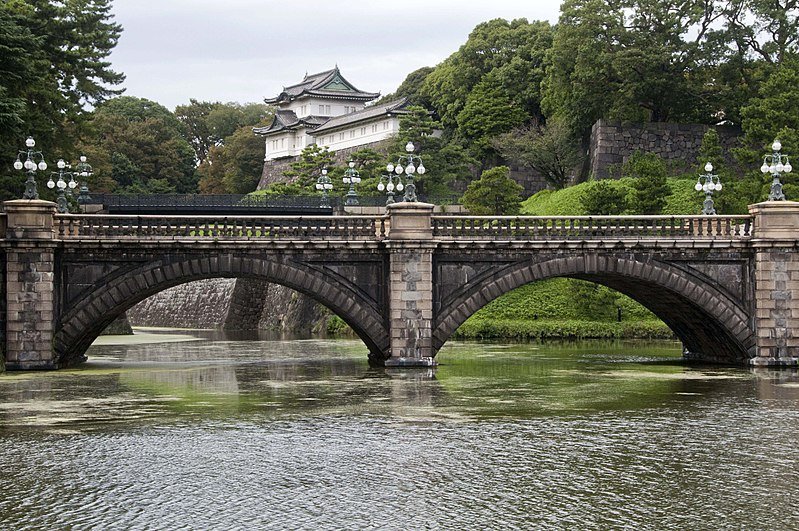 The Imperial Palace is both literally and figuratively a hub of the Japanese capital. Located in central Tokyo, the palace grounds were once home to Edo Castle, the seat of government of the Tokugawa shogunate and the center around which the country is almost three Spun for centuries.

When the capital moved from Kyoto to Tokyo in the 1860s, the imperial family traveled with it, and a new residence was built for them on the site of the former castle. Today the palace is still the home of the Japanese imperial family and parts of the site can be visited with a guide.

Oakwood Premier Tokyo comes from a brand of standout luxury hotel & service apartments right at the heart of the Tokyo metropolis. It is located in the business hub of Marunouchi with JR Tokyo Station in close proximity. This will allow guests and travelers to easily access the city's extensive transport network and visit various landmarks such as Imperial Palace, Tsukiji Fish Market, Ginza and Shopping District. Boasting 123 luxurious apartments on the upper floors of a multi-serviced complex, each room offers a magnificent view of the city, not to mention all furnished and a fully-equipped kitchen set which is rarely seen in your everyday service apartment. Without doubt, these spacious tranquil retreats are curated to give you the amenities and services of a luxury hotel and a feeling of home. They are good options for both business executives and leisure travelers from one night of a short-stay to a few weeks/months of mid-to-long-term stay.

NOHGA HOTEL AKIHABARA TOKYO is conveniently located in the midst of the electric town Akihabara, also known as the capital of manga and anime. In addition, this neighborhood has an abundance of tech shops, maid cafes and a variety of restaurants. With just a 6-minute walk away from Akihabara station, it provides easy access to explore other areas nearby such as Ueno and Asakusa. This hotel embodies the rich cultures of music, art and food. Nohga’s concept of music is derived from Akihabara’s local history, starting as a district of radio and wireless component merchants in the late 1920s. The artistic and luxurious space throughout the hotel is achieved by featuring art and amenities designed in collaboration with craftsmen from around Japan. As for the food menu, it’s seasonal fresh ingredients are sourced domestically. The glasses and dinnerware served are collaborations with stores in the surrounding area. All 120 non-smoking guest rooms feature an ensuite bathroom with a rain shower, in-room safety box, mini fridge, USB plugs, free Wi-Fi, a high-quality bluetooth speaker and flatscreen TV with original music and film. The lounge area and a compact 24-hour gym can be found near the reception on the second floor. Services include laundry (from 2,750JPY) and a 24-hour front desk with a check-in time of 3PM and check-out time of 11AM. For sightseeing you can rent a Tokyobike for the day (2,000 JPY/day) to explore the vicinity.

Located right next to Shinjuku Chuo Park, THE KNOT TOKYO Shinjuku is a modern hotel with an exceptional design and easy access to the nearby Shinjuku train station and the Meiji Shrine. The 14-story hotel building was renovated and reopened in August 2018 as THE KNOT TOKYO Shinjuku . The western-style rooms offer a park view on the top floor as well as a newly opened terrace suite. The spacious atrium design offers a relaxed atmosphere and connects the restaurant, bar, lounge and lobby with one another. One of the highlights of THE KNOT is the delicious dishes. There are six areas in which food and drinks are offered. From the grill area to high-quality black tea and fresh bread, everything is on offer.

The Pokémon Café in Nihonbashi, which opened in March 2018, is the latest character café in the popular series of games and series in Tokyo. The café and the adjacent Pokémon Center DX store were opened in 1997 on the occasion of the 20th anniversary of the first store. The bright café, which is furnished in warm wood tones, offers main courses, desserts and drinks - all of which are arranged with a focus on one or more Pokémon and some are suitable and limited to certain topics or seasons. You can also find exclusive merchandise here - from plush toys in chef jackets to bowls and cutlery with Pokémon motifs. They also sell Pikachu Sweets, special sweets and products with the most popular of all Pokémon as a motif. A visit to the Pokémon Café is only possible with a prior reservation, time slots can be selected from one month in advance and also in English via the website. It is located on the 5th floor of the Nihombashi Takashimaya Shopping Center, which is not far from the Tokyo and Nihonbashi stations.

PIZZERIA & BAR NOHGA is an all day dining restaurant interpreting a fusion of “Spanish Italian” cuisine and has a kitchen to table design. There is a casual bar area and restaurant where you can take a peek inside the open kitchen whilst enjoying your meal. Visit the cafe for a range of coffees and teas along with an offering of tapas snacks and seasonal desserts. The cafe also offers an assorted dessert and all-you-can-drink cafe set. Breakfast takes on the art of sharing, where a range of platters are combined with focaccia and your choice of eggs cooked your way. Coming for lunch? Choose from a selection of pizzas, pastas and salads. Each lunch menu is accompanied with homemade soup, iced tea and focaccia. Dinner time offers a range of exquisite tapas and pizzas that can also be shared. Breakfast: 07:00 - 10:00, Lunch 11:30 - 14:30, Cafe 14:30 - 18:00, Dinner: 18:00 - 23:00 with last order at 10pm.

Ayam-YA is a certified halal ramen restaurant found in the Okachimachi area of Tokyo, between Asakusa and Ueno, and not far from Assalaam Mosque. A sister branch in Kyoto also exists.

The National Museum of Modern Art, Tokyo, (abbreviated as MOMAT) is Japan’s first national art museum. The museum was initially founded in 1952 in Chuo Ward, before it was relocated in 1969 to its larger present-day location in Chiyoda Ward beside the Imperial Palace. The sleek facility was designed by architect Yoshio Taniguchi and has undergone multiple renovations and expansions to meet its ever-growing collection. The main building itself extends 4,500 square meters, making it one of Japan’s largest art museums. Aside from the main building, MOMAT also includes the Crafts Gallery, which opened in 1977. This gallery is located in the former Imperial Guards headquarters and is a beautiful example of western-style brick architecture from the Meiji period.  The museum has an impressive collection of about 13,000 Japanese- and Western-style pieces from the early 20th century to present day and displays about 200 works at a time. The main hall generally features paintings, prints, watercolors, drawings, sculptures, and photographs, while the Crafts Gallery displays ceramics, glasswork, lacquerware, woodwork, bamboo work, graphic design, and more. MOMAT also includes a museum shop and a French-and-Italian-fusion restaurant.

The Chidorigafuchi Trench is one of the best places in Tokyo to see the cherry blossoms in spring, from late March to early April. This 700-meter walk next to the Imperial Palace moat offers beautiful scenery and great opportunities for discovery. During the popular cherry blossom season, the paths along the moat are colored pink by hundreds of cherry trees. The trees are also lit at night during the Chiyoda Sakura Cherry Blossom Festival. A little later in the year the surface of the water is almost completely covered by falling petals. Many couples rent boats and take a romantic excursion through this pink wonderland. Nearby attractions include Yasukuni Shrine, Showa National Memorial Museum, Nippon Budokan, and the Jimbocho Bookseller District.

CD/DVD sales and rentals are on the right and the bookstore is on the left side of the street, about a 5-minute walk from Gotanda Station West Exit. The store stocks a wide selection of video games and comics and everything you could want entertainment-wise.