Nara’s Hase-dera Temple is located in the mountain village of Hatsuse, Sakurai City. Although today it takes about two hours by train from downtown Kyoto to Hase-dera, rich nobles living in Kyoto 1000 years ago went to this temple to worship quite often. They walked for four to five days to get there, then stayed at the temple for a few days. They offered prayers to the Kannon Buddha, and the Kannon fulfilled their wishes very often. And once this happened, they visited again to give thanks. We can understand how popular Hase-dera was among them through the Japanese classic Tale of Genji, the oldest novel in the world.

The main character, Hikaru Genji, secretly loved a woman named Yugao who was a concubine of his closest friend, To-no-chujo. To-no-chujo and Yugao were given a daughter, and this made his principle wife very jealous. Yugao hid herself because the wife strongly threatened her. After that, Genji accidentally met Yugao in town. Genji, who found that Yugao was quite intelligent (unusual for a woman in town) fell in love with her. But sadly, Yugao died an unexpected death.

A former court maid to Yugao, Ukon, is now serving Genji. She knows that Genji still has a deep affection for Yugao and is worried about Yugao's daughter, Tamakazura. Ukon travels the long distance to Hase-dera to pray for the reunion of Genji and Tamakazura. Meanwhile, Tamakazura has grown into a beautiful woman in Kyushu where she has gone to escape from the wrath of To-no-chujo's still jealous wife. Having now secretly returned to Kyoto, she lives in poverty without anyone’s support. So, her former wet nurse strongly recommends that she take the long trip to Hase-dera to pray for good luck and a happier future. But it is so tough for her. Tamakazura walks with dragging feet, exhausted by such a long hike to the temple. However, miraculously, along the road, Tamakazura and Ukon find each other, both on the way to Hase-dera!

Through the efforts of Ukon, Genji was able to reunite with Yugao’s daughter. He adopts Tamakazura and takes her into his residence in Kyoto. The powerful and merciful Kannon of Hase-dera has granted the wishes of all of them!

After climbing 399 steps up the roofed passageway from the temple gate, we eventually arrive at the main hall; it houses the temple's golden Kannon Buddha statue. The Kannon statue stands in the inner sanctuary, and so we usually worship it from the outside hall. The Kannon is over 10 meters high, showing a merciful face through a window. (Photos not permitted.)

When I visited here, it was during some very special days in spring, and so I was permitted to enter the inner sanctuary. The statue was in a dusky, small room. At first, I was disappointed. That is because the inner sanctuary was too small to be able to see the entire body of the statue. People made a line to touch the feet, praying devoutly. But I’m a less religious person. I tried touching the feet out of curiosity. But surprisingly, I felt something when my fingers touched the feet. I might say it was a heartfelt gratitude. I appreciated that I had been given this chance to come into the inner sanctuary, even though I don’t have a deep religious belief in the Kannon.

The open terrace of the main hall is quite similar to the platform of Kiyomizu-dera in Kyoto. It was constructed on the side of a cliff supported by stilts. This unique construction method is called Kakezukuri (see below).

After morning service at the worship hall, priests bow to the sun from this terrace. More than 20 ascetic monks at Hase-dera are learning, practicing, and training themselves here. They line up in a row at the back of the terrace, recite a sutra, and give thanks to everything on Earth. We can’t see them do this directly, but this YouTube video shows the solemn morning service.

Japan is a small island nation, but we have a huge number of surprising things to discover here. Many of these delights can be found when you step off the main street onto small side paths. I really enjoy studying about and researching various aspects of traditional Japanese culture, and then sha... 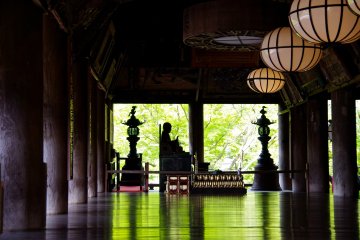 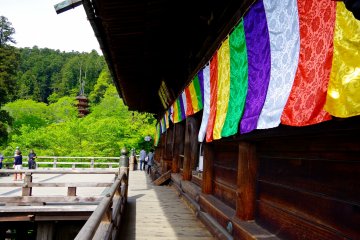 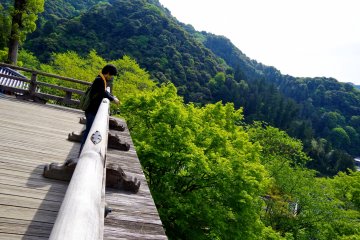 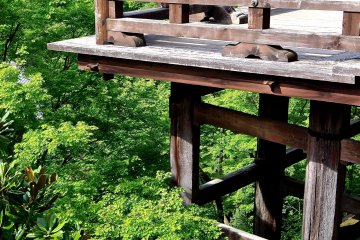 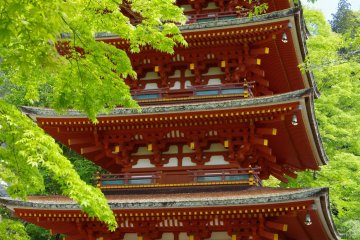 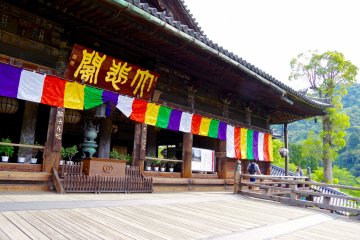 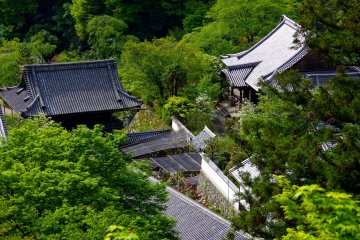 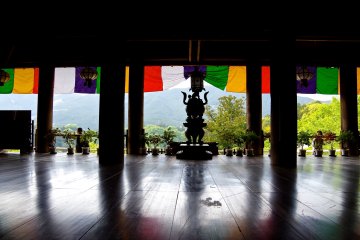 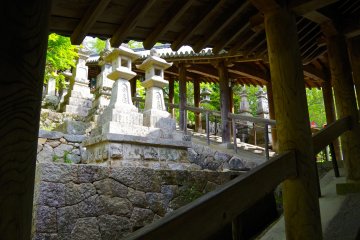 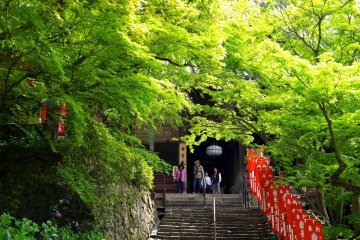 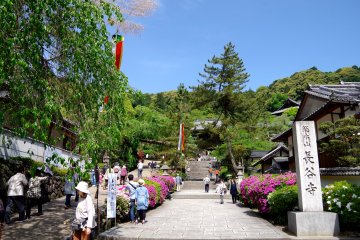 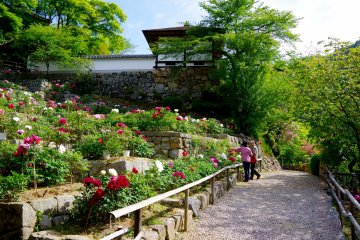 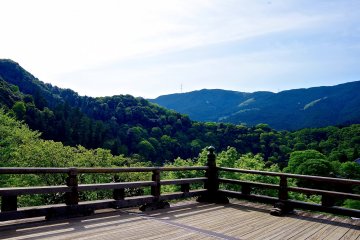 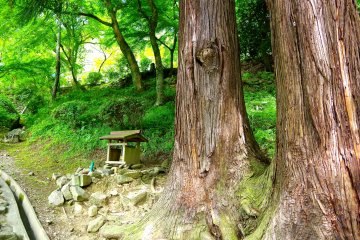 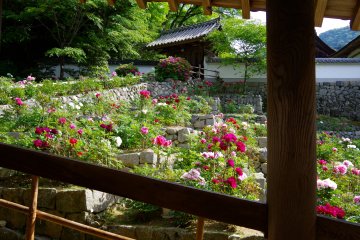