The Flame of Peace and A-Bomb Dome are visible through the cenotaph (Photo: Todd Wojnowski)

A memorial for those lost in the atomic bombing

The Flame of Peace and A-Bomb Dome are visible through the cenotaph (Photo: Todd Wojnowski)
Todd Wojnowski   Mar 16, 2013 - 3分鐘閱讀時間

Visiting the memorial sites in Hiroshima are an absolute must for any traveler in Japan. It’s a trying and moving experience that will certainly change you forever. The monuments and sites are a call for peace and a mourning for the victims lost in the atomic bombing in 1945, at the end of World War II. It’s a trip that everyone ought to make at least once in their lives.

Among the many sites in and around the Hiroshima Peace Memorial Park is the Memorial Cenotaph, a large, saddle-shaped concrete structure located between the Peace Memorial Museum and the A-Bomb Dome. A cenotaph is a monument in honor of someone whose remains are in another location. The Memorial Cenotaph’s shape represents a shelter for the souls of the victims of the bomb.

Within the monument is a stone chest that contains a listing of all the people who died as a result of the atomic bomb tragedy, regardless of nationality. Names are still added to the list as people pass away from diseases that may have been caused by the radiation given off by the explosion.

The Peace Memorial Park, a UNESCO World Heritage Site, was planned so that its main features are arranged in a perfect line. Looking through the opening of the Memorial Cenotaph, a visitor can perfectly see the Flame of Peace and A-Bomb Done straight on. The Peace Memorial Museum is lined up on the opposite side of the cenotaph.

Of course, in a tragedy of this magnitude there are certainly passionate feelings that lead to bitter conflict and controversy. The memorial sites as a whole concentrate on promoting peace and mourning for those lost. It carefully limits its message to just that; blame, accusations and anger are noticeably absent here. While this makes for a respectful atmosphere for people of all nations to feel welcome visiting, some people object to this sentiment of neutrality. They argue that a neutral message admits the possibility of guilt, that Japan’s actions leading up to the bombing may have directly led to the atomic bomb being dropped. A fierce opposition to such an opinion has led directly to the controversy surrounding the inscription of the Memorial Cenotaph.

The carefully-worded Japanese message inscribed on the cenotaph says: 安らかに眠って下さい 過ちは 繰返しませぬから. In English this translates to, “Please rest in peace, for [we/they] shall not repeat the error.” The “we/they” discrepancy is a result of an intentional turn of phrase. The sentence, written in formal Japanese, does not include a subject, leaving it open to interpretation as to whose error is being mentioned. However, right-wing political activists have taken exception to this possibility, and strongly objected to it possibly admitting Japanese guilt. In 2005, the cenotaph was vandalized by someone for this very reason.

While the decisions of all the related governments will likely be discussed and debated for generations, the Memorial Cenotaph will continue to remind us that the loss of any life is a tragedy for us all, and the loss of so many lives should be remembered forever.

The Memorial Cenotaph is located in the Peace Memorial Park of Hiroshima, which is free and never closes.

I am an avid backpacker, writer, marathon runner, hiker, eater of spicy foods, watcher of B-movies, and user of the Harvard comma. I'm originally from Buffalo, New York, and arrived in Japan in 2008. 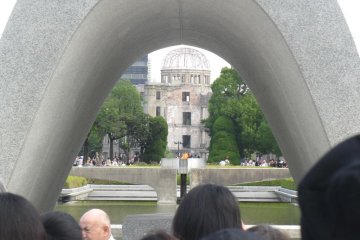 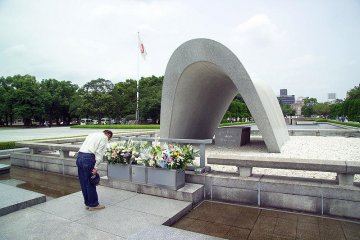 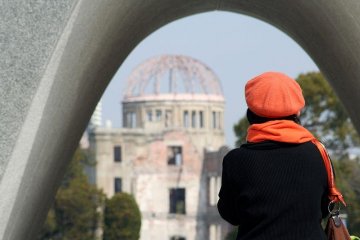 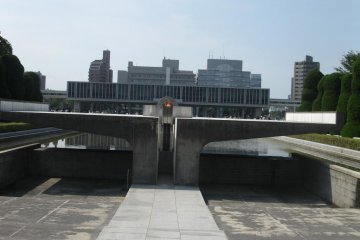 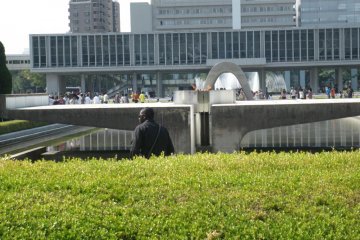 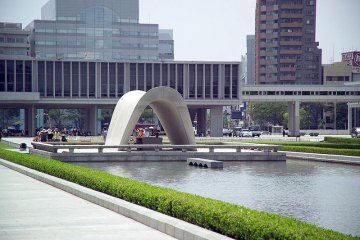 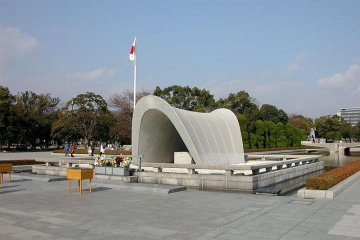