Travel across Japan on a budget

In this part of our Japan Travel budget guide, we explore some of the cheaper transport options available in Japan, where the efficient transport system often comes with notoriously high price.

The shinkansen is Japan's most famous mode of transport, but also one of the more expensive ones in the country. In fact, the shinkansen is such a scenic experience that many domestic flights are cheaper. This issue, we will give you cheaper alternative travel options to make your trip to Japan a little more affordable.

Forget the expensive high speed trains and flights; buses are the way to go in Japan. A plethora of highway bus companies services Japan, and these present cheaper options than taking the shinkansen or flying. While the buses take more time to reach your destination, you will save a lot of money in the long run as a bus ride can be as cheap as ¥3,000 compared to a shinkansen ticket that costs ¥12,000 on average. Prominent bus companies include Willer Express , JR Bus, and Odakyu Bus, and tickets can be bought online, making it a convenient way of travel. Furthermore, most highway bus companies run overnight buses that also help to save on accommodation as you will be travelling through the night while sleeping on the bus.

The Seishun 18 is a seasonal railway ticket that gives you five days of unlimited, nationwide travel on JR (Japan Railways) trains for only ¥11,850, with the caveat of travelling only on local or rapid trains. However, this trasmits to ¥2,370 per day, which is a steal if you're travelling for long distances, although travel time can take up to a few hours going from one prefecture to the next. The Seishun 18 is only available for use three times a year: From 1 March to 10 April, 20 July to 10 September, and 10 December to 10 January.

While not too applicable to foreign tourists, who have the advantage of using the JR Rail Pass, this ticket is useful for Japanese nationals and foreign residents of Japan. However, the biggest plus point of the Seishun 18 is that it can be shared between people. For example, it can be used either by one person over five non-consecutive days or be shared by (up to) five people in one day. The station staff will stamp each day's date on the ticket, with one stamp person if the ticket is shared.

Japan Railways is the face of Japan's public transportation, and rightly so because its trains cover most of Japan's network. The most popular train pass for foreign tourists is the JR Rail Pass, which allows the user to travel across Japan at a great price. However, there are many other regional JR passes such as JR East-South Hokkaido Pass and JR East Pass (Tohoku) for travellers interested in only a certain area. If used enough times, they help to save a lot, even when using the Shinkansen. For more information about JR passes, read our comprehensive coverage here.

As the name suggests, these shops sell secondhand tickets. A wide variety of tickets from theme park tickets to Shinkansen or JR ones are sold there. Typically, these tickets are sold at a discounted price but expire soon, so be sure to check carefully. Kinken shops can be found near places with Shinkansen stations such as Shinjuku and Tokyo station.

The most unconventional mode of transport in this article, hitchhiking is uncommon in Japan but is seen by many budget travellers as a cost-effective way of going from place to place. While hitchhiking can be frustrating — you either get one quickly or have to wait for hours — there's no harm in trying at least once for the experience. However, there is no guarantee of safety, so be alert if someone offers a ride. If you decide to hitchhike, your chances might be higher in the more rural areas where public transport is sparse, but it is possible to travel Japan entirely by hitchhiking.

Japan offers a large number of budget airlines that are comparatively cheaper than shinkansen fares, and usually of a shorter duration. Companies like Skymark, Peach, and Jetstar are some of the more common budget airlines in Japan — these companies offer periodic discounts so it might be useful to check their websites regularly. Flights are useful to reach a location that's far, such as from Kagoshima to Tokyo, in about an hour or so. While the trains provide better scenery, sometimes you just need to be somewhere quickly and budget flights are the way to go.

I'm Ignatius Koh, a third-year undergraduate at the Wee Kim Wee School of Communication and Information (WKWSCI) at Nanyang Technological University (NTU) in Singapore. I have a keen interest in journalism - most particularly in sports and human interest stories. I do a little photography on the ... 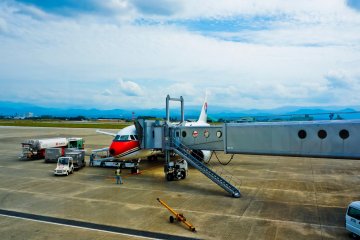 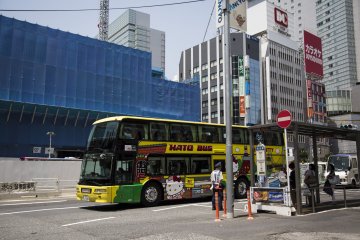 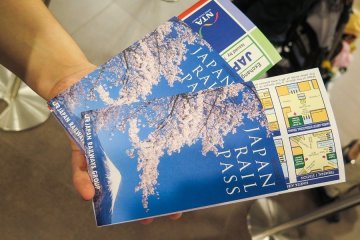 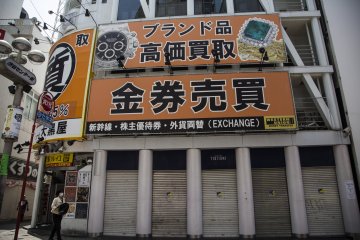 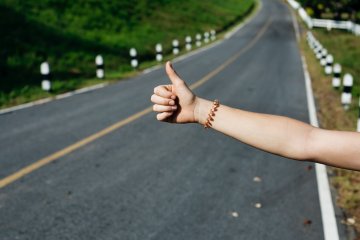