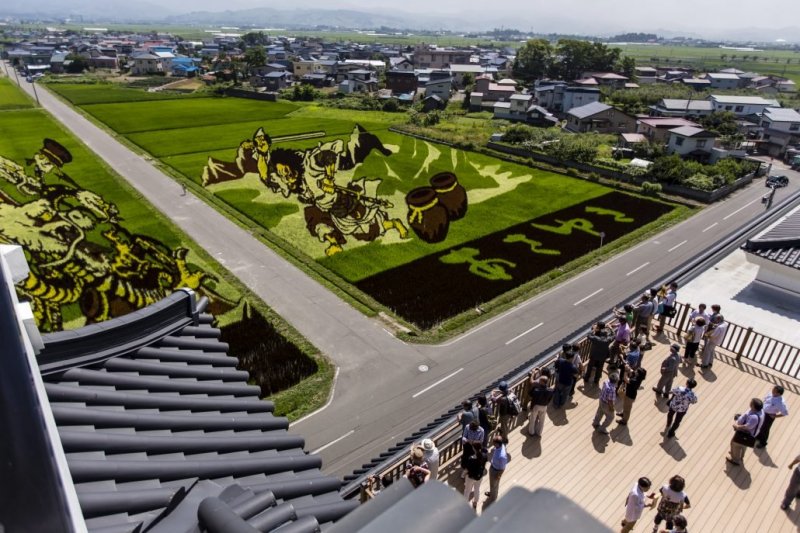 There are two observation venues: Inakadate and Yayoi no Sato. There is a free shuttle bus running from Tanbo Art Station that visits both venues.

Hirosaki Castle, completed in 1611 by the Tsugaru clan, is located in Aomori Prefecture and is a particularly worthwhile excursion destination, especially during the cherry blossom season. Originally the tower was a 5-story building, but after a lightning strike it burned down to its foundation walls. A law at the time said that the tower could not be rebuilt in its original form, so that the tower was rebuilt as a three-story tower, as can still be seen today. The tower of Hirosaki is the only castle tower in the Tohoku region, which was rebuilt in the Edo period and it is considered a symbol of the city of Hirosaki. The first cherry trees in Hirosaki Park were planted about 300 years ago. Here visitors also have the opportunity to marvel at the scenery from a boat or to admire the evening illuminations.