The Okinawa connection between Awamori and Karate

Okinawa is well-known as the birthplace of karate, but Japan’s southern islands are also home to the creation of a unique distilled liquor known as awamori. Karate and awamori share an interesting and interconnected history; we have prepared a nine-part video series that will take you through both the origins and modern-day state of each.

We highly recommend this official website where you can watch videos and discover more info on Awamori and Karate.

During the Ryukyu era (1429-1879), Okinawa's subtropical climate gave rise to its own island culture, regional cuisine, and a unique brand of liquor known as awamori. Awamori became a prized commodity when it was approved for production to supply the Satsuma region (modern-day Kagoshima) on mainland Japan. Exclusively produced in Okinawa’s Shuri district under strict control, both the creation process and supply routes were fiercely protected. The warriors hired to protect the secrets of Awamori were highly trained in the local martial arts of Chinese influence and Ryukyu refinement. These martial art practitioners were widely revered and respected for protecting Okinawa's land and local products such as awamori. This was the origin of karate.

Okinawa attracts people from around the world to train and learn about karate's origin. Karate has over 100 million enthusiasts in more than 190 countries around the world. As a form of exercise, karate is regarded for strengthening both mind and body—one of several factors that may have helped make Okinawa home to one of the longest life expectancies in the world!

Awamori has been a valuable commodity to Okinawa since the Ryukyu Kingdom era. The local liquor brings the people of Okinawa together—even those who practice the local martial arts.

The relationship between awamori and karate

As mentioned above, awamori is the liquor of Okinawa: a distilled, rice-based spirit native to the region. It shares a history with karate, whose early practitioners helped protect the thriving awamori business centered around Okinawa's Shuri district.

Karate was formed, in part, as a way to protect the secrets and supply routes of Okinawa’s awamori from the dangers of intruders and thieves, and, to this day, remains a form of protection and self-defense. The deep connection between karate and awamori has survived the test of time and when it's time to unwind, awamori is the drink of choice.

When in Okinawa, discover awamori

Visitors can gain a deeper understanding of Okinawan culture by getting to know awamori—the rice spirit closely connected to the local way of life. The locally distilled rice spirit is loved for its mellow flavor and aroma representing the soul of Okinawa.

Awamori is integrated into almost every facet of food, from chili-based condiments to cocktails, and is the drink of choice during mealtime. Known for local offerings like soki soba or rafute pork belly, Okinawan cuisine truly comes alive when paired with awamori.

While in Okinawa, it's recommended that you experience and taste awamori in a variety of ways. Have a look at the video to learn how Okinawans enjoy this drink in their daily lives.

The ways to drink awamori

The taste of awamori varies greatly and tends to taste even better as time passes. There are also differences in the storage process that create interesting taste variations, such as the type of container or location of the storage (some awamori are even stored in caves!). Awamori's flavor changes over time as it matures to produce a deeper, more mellow taste.

Each regional distillery has their own take on how best to enhance flavors and aromas through distillation and storage. Awamori that has been stored for more than three years is called 古酒 (kusu). The longer it is stored, the more mellow the taste and the deeper it becomes.

There are many ways the locals drink awamori and each presents a different taste profile. For purists, the best way to explore the tastes is to try a neat version of the drink, though no one will fault you for cutting it with water, soda, or ice. Many locals also love awamori when mixed as a cocktail. Regardless of your preferred style, you will likely enjoy Japan's oldest distilled spirit.

Cocktail drinks made with awamori

Awamori is used in various ways to mix cocktails that accentuate the flavor profile. In Okinawa, there are a variety of specialty cocktails taking advantage of local fruits and mixtures that can only be found on the island.

The tropical fruits of Okinawa such as shikuwasa, passion fruit, and mango all create sweet and easy-to-drink flavors. There are also mixes with teas and coffees for a more subdued flavor. For those who are a bit adventurous, you might even try the local goya (bitter melon) cocktail!

Awamori cocktails offer a whole new way to experience Okinawa's local spirit and can be enjoyed by anyone (of drinking age).

There are nearly 50 awamori distilleries in Okinawa, each with its own unique atmosphere, experience, and preferred method of distillation.

The process of making awamori is one that is as complicated as it is time-consuming. After centuries of refining the process, the locals have turned refining awamori into an art form. People from all over Japan come to Okinawa to taste and purchase awamori.

Each distillery is filled with the machines and materials used to create the local liquor. Many will offer a factory tour, though the most secretive areas and ingredients are not available to the public. Take the tour to learn about how awamori is made and see the steps involved from creation to maturation to storage. Try before you buy with a tasting session, then take your souvenir bottle home.

When in Okinawa, Discover Karate

Okinawa is known for its endless and beautiful beaches but it is also the birthplace of karate. As such, there are many places in Okinawa that are dedicated to informing tourists about the rich karate culture that has worked its way into the lives of the Okinawan people.

One great way to get to know Okinawa karate is to visit the historical monuments and facilities dedicated to karate. Some of these facilities allow tourists to experience karate directly through demonstrations. There are also world-renowned facilities for the sale of karate clothing and related supplies.

Okinawa is the birthplace of karate and many people from all over the world travel here to practice and learn this sacred and enriching martial art.

Around Okinawa, you can find traditional dojos that invite foreign visitors to train. Welcoming beginners and experts alike, you can find programs tailored to learning karate, as well as the more health-and-wellbeing aspects associated with the training ritual.

Training is conducted according to individual purposes such as learning traditional martial arts, improving one’s mind and breathing, or maintaining health and diet.

Visitors who have never experienced karate can feel free to try by observing the practical skills of karate experts. By doing so they will come to understand and feel the power of karate.

The different schools of Okinawan karate

Since karate plays an important role in the lives of the locals, many dojos across Okinawa practice the martial art. As such, communities and groups formed, each with slight variations, though all forms of karate coexist harmoniously.

As the birthplace of karate, Okinawa is home to three of its original forms—Naha-dii, Shur/Tomari-dii, and Uechi-ryu—which evolved into Okinawa’s modern-day karate schools.

Goju-ryu uses power and upper-body strikes contrasting with Shorin-ryu’s agility and lower-body kicks, while Uechi-ryu combines elements of both styles.

Exploring health and lifestyle with karate

Okinawa is home to one of the longest life expectancies in the world thanks to a healthy lifestyle with a focus on diet and exercise. Not only a martial art, karate also plays an integral part in the way of life and daily exercise for the people of Okinawa.

Karate's influence in Okinawa has helped inspire new ways to exercise based on martial art forms, movements, and breathing techniques. Karate is used for its health benefits as a form of exercise that trains both mind and body. The exercises are heavily derived from karate movements and forms that are practiced in dojos all over Okinawa.

Giving rise to health benefits for both mind and body, it's easy to see why awamori and karate are firmly rooted in the local culture and community. Check out the official website to view all of the videos.

Explorer and COO for the Japan Travel team. Always on the lookout for unique adventures. Originally from Texas, I am approaching fifteen years in Japan. Feel free to message me for opportunities. 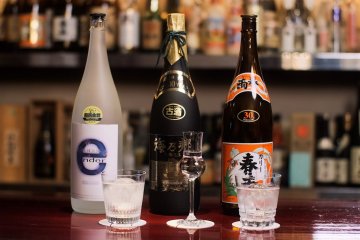 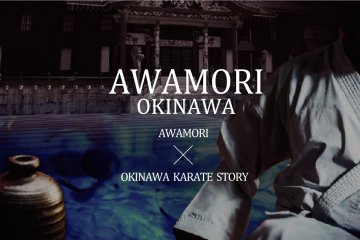 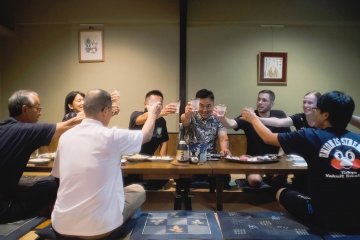 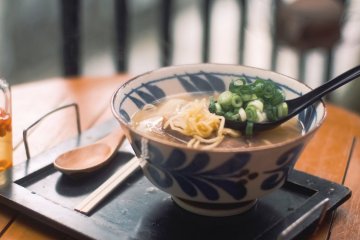 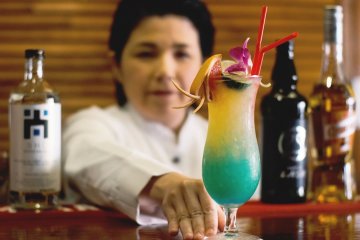 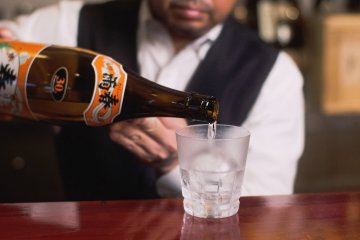 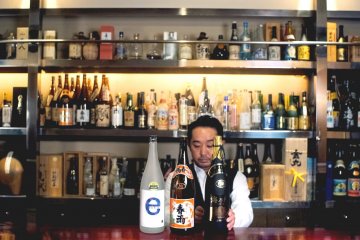 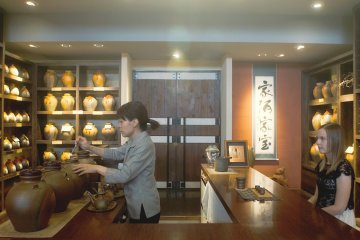 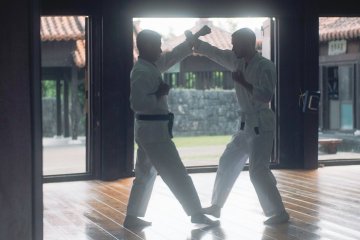 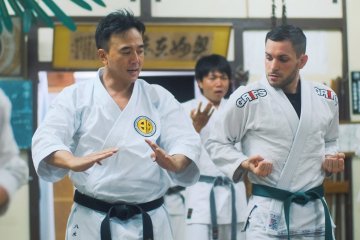 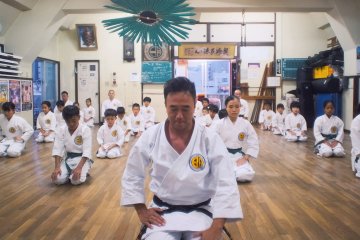 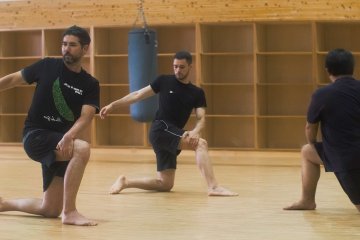 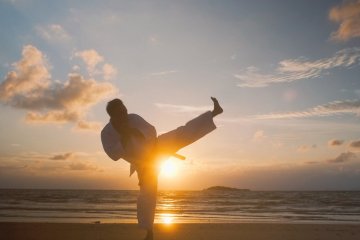